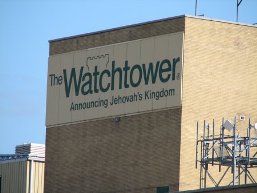 The Watchtower is an American based religion that was formed in approximately 1881 by the founder of the bible Student Movement,  Mr. Charles Taze Russell in Pittsburg. Russell was indluenced greatly by the Millerite/Adventist movement of the 1800’s. Russell began a magazine called the Zion Watchtower Herald the primary theologian in those days and finally became the president. The Society has grown since those days and have continued to publish their magazine which is distributed throughout the world. The society have set dates several times in its history that were false and they holds to doctrines that are non-biblical. They utilize their own translation of the bible called the New World Translation which has some questionable readings especially in light of the person of the Lord Jesus Christ. The society hold to questionable beliefs in regards to medical issues especially on the topic of blood transfusions. The official website of those who call themselves Jehovah’s Witnesses: www.watchtower.org